This year, Music Week’s annual Women in Music Awards is debuting a new category — International Woman of the Year. This award recognizes a woman who has contributed globally to the music industry within the past year and demonstrated a commitment to entrepreneurship, corporate social responsibility, and served as a role model. We’re so excited to announce that the very first recipient of this prestigious award is our very own Chief Creative Officer, Sas Metcalfe. 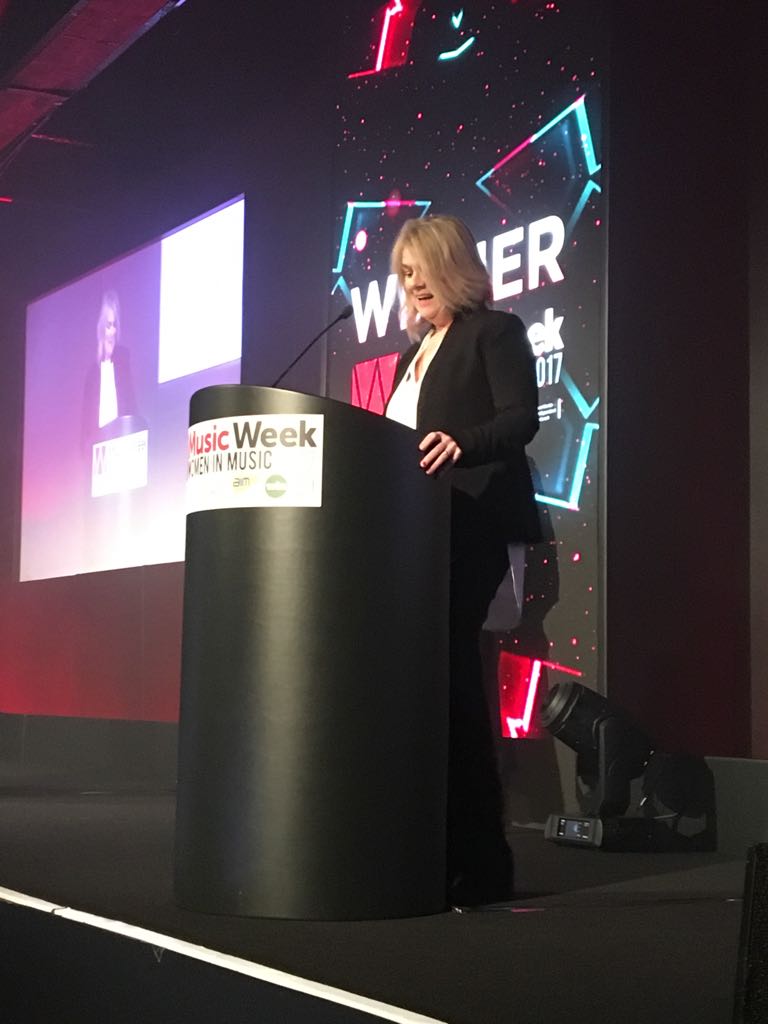 “It's been an amazing career, I had no female mentors, but I do intend to be that for the young women coming up,” Sas proudly shouted as she was officially named International Woman of the Year at Music Week’s annual Women in Music Awards.

Since joining Kobalt as its first employee in 2001, Metcalfe has played a vital role in helping Kobalt grow into the publishing powerhouse it is today, representing over 25,000 songwriters and over 600 publishing companies worldwide. Kobalt represents on average over 40% of the top 100 songs and albums in both the U.S. and U.K.

“Many people knew that Sas was employee number one, but what not many people know is that she was also one of the first believers,” says Kobalt Founder & CEO Willard Ahdritz. 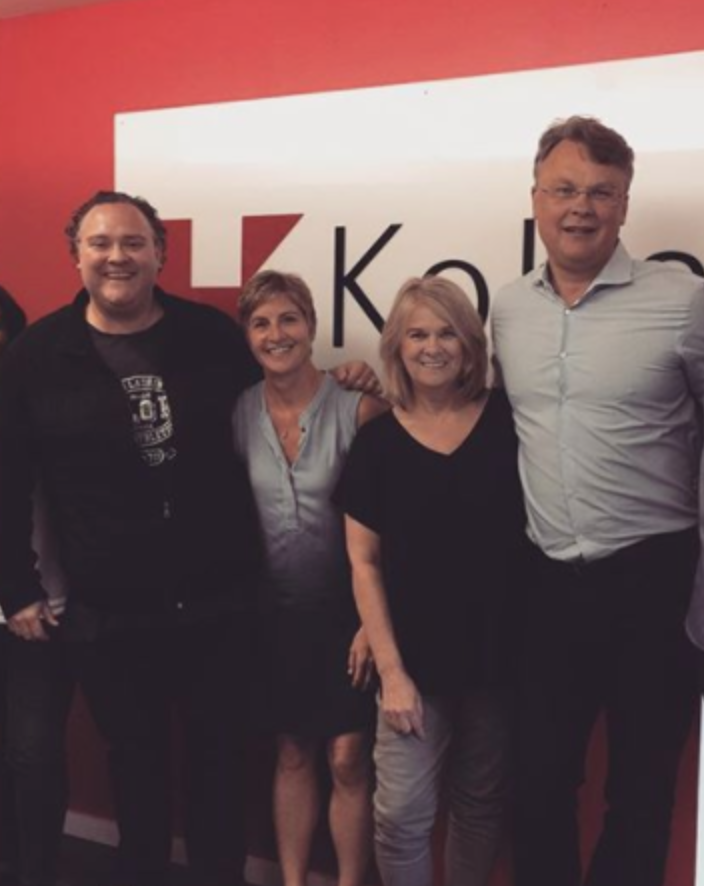 Currently, Metcalfe oversees all of Kobalt’s creative services, new deals and signings, and is in charge of identifying high-level opportunities for partnerships with emerging publishers. “She's been at the forefront of ushering in a whole new way that the publishing business works,” says Kobalt SVP, Creative Sam Winwood.

Beyond her business acumen, colleagues and clients alike appreciate her openness and sincerity. “Sas is, without a shadow of a doubt, one of the most straightforward, no-bullshit people I have ever come across,” says Kobalt Head of Creative, UK, Alison Donald.

Based in Kobalt’s Los Angeles office, she currently leads more than 40 team members across the globe in developing artist/writer, producer relations for direct signings as well as for the talent rosters of some of Kobalt’s publishing company clients. 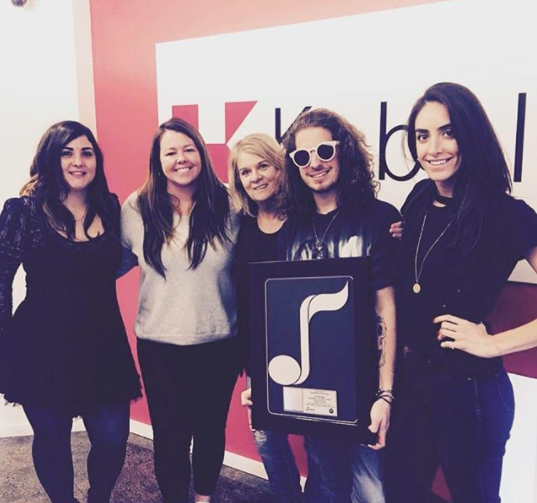 “Everybody at Soul Kitchens love Sas,” says Owner/CEO of Soul Kitchens Music & Management Keith Armstrong. “Without her, there wouldn't be Editors and Jake Bugg, two of our foremost acts that we signed with her help and encouragement and belief and love.”

“[Sas was] there for me at the birth of my songwriting career when she signed EMF in 1990,” echoes songwriter and musician Ian Dench, “helping me and many others grow our careers with her unique combination of good humor and good business sense.” 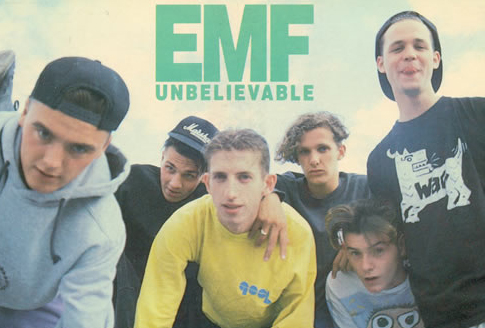 Metcalfe encourages the members of her team to broaden the focus beyond new signings by helping Kobalt’s songwriting clients develop and nurture their careers. Metcalfe has mentored and connected some of the industry’s most successful collaborations to date, including songs by Adele, Ed Sheeran, Pink, Kelly Clarkson, Paloma Faith and Little Mix.

“Sas is a creative powerhouse,” says SVP and Head of Global Synch and Brand Partnerships Jeannette Perez. “Every time she walks into my office to talk about a songwriter and artist that she's trying to sign, she has so much fervor behind it that it makes you want to work with her to get it done.”

“At Sas' core is her love for music and artistry,” agrees Kobalt GM, Creative and Acquisitions, Sue Drew. “I've never met anybody who enjoys their work as much as [she does].” 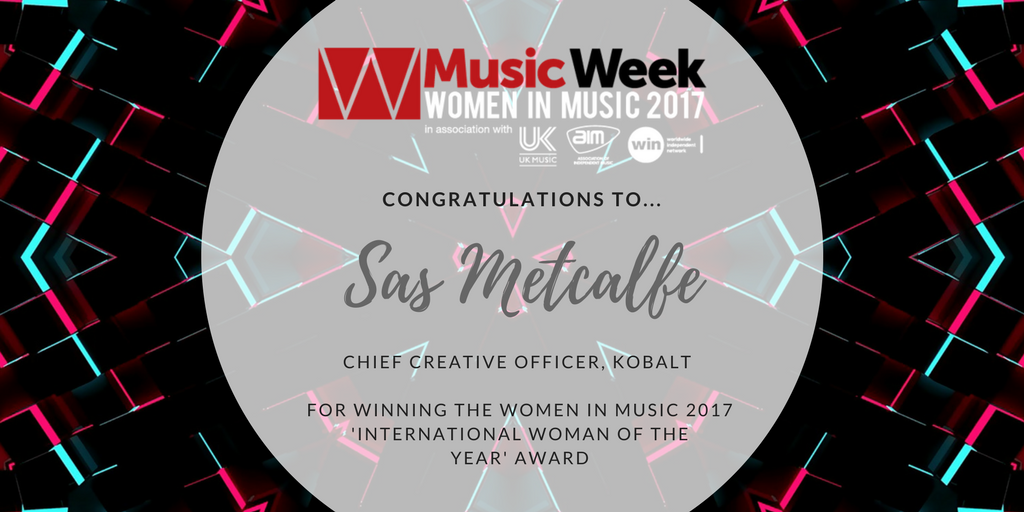