Recently, AWAL, our alternative to traditional record labels offering independent artists a robust menu of services, caught up with our very own publishing client VÉRITÉ. Since releasing her debut single on AWAL in 2016, the Brooklyn-based singer/songwriter has earned 135 million streams across Spotify and Apple Music. In this candid profile, VÉRITÉ speaks openly about her practical mindset as a musician, staying independent and remaining true to her vision, and why she'll never play Greenwich Village's famed Bitter End.

Many artists dream of the euphoric rush of walking away from their survival job to pursue their music full time, finally unlocking a major career milestone. When Brooklyn-based, alt-pop songstress VÉRITÉ quit her job at Applebee’s to focus on her craft, however, the experience was a little less fantastic (but probably not that uncommon).

“It felt horrible,” she says.

During her time waitressing and attending college, she’d managed to squirrel away $20,000 in savings, which she used to produce her first EP, Echo, in 2014. The venture, while a watershed moment for any artist recording her first big effort, was a huge mental shift for VÉRITÉ.

“I was just so conditioned to work either myopically on mind-numbing tasks that had nothing to do with anything necessarily productive other than income,” she explains. “I never took a minute to look at what was around me in a way.”

Growing up about an hour north of New York City, VÉRITÉ, whose real name is Kelsey Byrne, started performing alongside her father when she was eight. Inspired by the powerful, ‘90s pop band the Cranberries, Byrne started a “watered-down punk-rock” cover band whose repertoire included songs by everyone from Green Day and the Donnas to Jethro Tull and Led Zeppelin.

By high school, she was writing with her cousin, creating “overly ambitious” compositions featuring elements like a full string section. She worked on developing her sound, a slightly more synthesized, dark version of most female-fronted pop on Top 40 radio today. Eventually, she ventured into the Big Apple for a jaunt around the city’s club scene, which Byrne ultimately calls “soul-crushing.”

Three years ago when she left her job at the Times Square Applebee’s, Byrne changed her mindset to accept that music might just become her bread and butter.

“It was more than a hobby,” she says, “but I would never let myself go to a place where, I could say, ‘Oh, this is gonna be a career, and I can do this for a living.’ Because I couldn’t see an actual path towards making that happen practically. 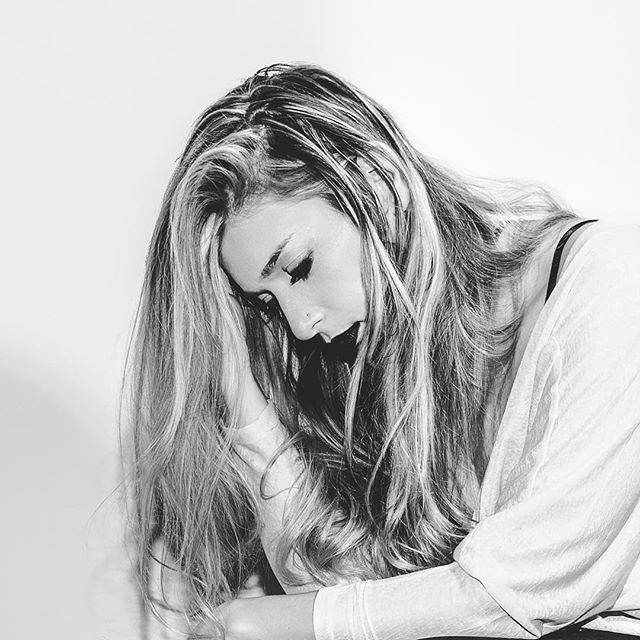 “I feel like I make music to share it. I don't necessarily sit and feel like I have all of these emotions that I really need to channel out. I think it's something that I've been innately driven to do.”

That instinctual drive to create music is balanced by Byrne’s ruthless pragmatism, keeping the bottom line at the forefront of her decision making at all times. Instead of citing her first guitar lesson or finishing her first song as the turning point where she decided to devote her life to music, she “made the decision...when I started investing money. [It] was very black and white.”

Her hyper-awareness of the harsh realities and an eye on finances along with separating possibilities from maybe-later aspirations allows Byrne to take a realistic approach to her career -- something she urges every independent musician must do. “There’s a barrier to entry [in the music industry] that I think is partially education, partially financing,” she says. “Not enough independent artists focus enough time and attention on the money.”

Since Echo, Byrne has released two more EPs and, most recently, her first full-length album, Somewhere in Between, this past June. Throughout her career, her drive has sprung from a dedication to stay true to her own vision as an artist. She does, however, recognize the creative pressure generated by her peers and the ingenuity required to carve her own path.

“It’s really just about persevering through those moments, because it’s super easy to be like, ‘I’m done, I’m done, I’m not Katy Perry. This shit’s not worth it.’”

While maintaining her status as a fully independent artist, two of her songs, “Underdressed” and a cover of the 1975’s “Somebody Else,” hit the Billboard Spotify Viral charts -- accolades wholly unique to indie artists in the digital age of streaming.

Those achievements partially come from Byrne’s awareness that, like anything, streaming success takes work. “Anybody can go actually have a song get a really good amount of streams on Spotify,” she says, “and it lulls people into this false sense of complacency in a way.

“Spotify, Apple Music, and all of these DSPs [digital service providers]...they’re going to be the new barriers to entry, whereas majors were before,” Byrne predicts. “Streaming services will take the place of majors as tastemakers. If you don’t have a Spotify co-sign, if you don’t have an Apple Music co-sign, no one’s actually going to discover you or hear your music.

“The bigger Spotify gets, the harder it’s going to be to filter into that.”

Beyond just streaming, what it all boils down to for indie artists today is what Byrne calls “the grind” - the day in, day out perseverance required to maintain a career as an artist, even when tedious tasks get in the way of creativity. Sometimes, even she has to admit that it’s easy to get bogged down and lose focus when the challenges seem insurmountable. “There’s definitely a part of me that doesn’t want to look back and feel like, ‘I fucked up, I failed,’” she says.

“There are moments and time periods where I’m just fucking crushing it...and then it plateaus.” But, she says, “I’ve never had a moment like that where I didn’t come out the other end with a laser-focused vision of this what we’re doing and this how we’re going to make it work. 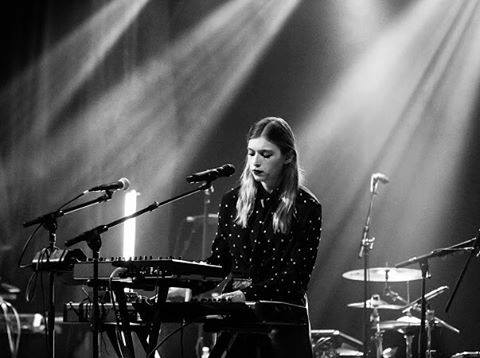 “I guess I’m just really good at banging my head against a wall and breaking it down…. That’s the characteristic you need to continue and build as an independent artist.”

And staying independent is something that Byrne prioritizes, recognizing the creative freedom and ownership of her masters and publishing as something very precious. For her, the decision to shirk the majors (and there have been offers -- none delicious enough to entice her) comes down to what’s on the table versus what she’d have to give up.

“Understand that if you get [money] from a major label, your creativity is no longer yours.”

Joining forces with AWAL gave her “additional resources, additional teammates” to fuel her fire independently. “AWAL sold me pretty hard in the beginning,” she says. “I just wasn’t seeing a better option.” After providing her with an additional budget for Living, AWAL immediately jumped on board for her album, making sure she had what she needed and giving her that full flexibility and control to execute her ultimate vision.

“It was kind of like, ‘Well, what do we gotta give you to not be with a major? What is it that you need, and how do you structure?’” Byrne says of AWAL. “[We started to] have those conversations of how do we creatively put something together that will allow the project to grow and elevate.”

One of the most crucial aspects for Byrne’s career is the transparency AWAL provides.

“Financial transparency is the most important aspect for longevity,” she says, mentioning that the data-driven reports she receives also help inform her touring decisions and help her understand which songs are streaming well.

Knowing that an entire team has her back is something Byrne finds invaluable since, she says, devoted team members for burgeoning artists, in general, are rare.

“The reality is that highly creative people have the ability to just be highly creative if they can then hire somebody to work the business aspect…. This idea that someone’s gonna come and work as hard on your creative vision as you would is rare enough. You just don’t get to have the luxury.”

Keeping her nose to the grindstone and her expectations levelheaded, along with taking her career one day at a time is ostensibly the key to VÉRITÉ’s success. So far, so good -- with write-ups in SPIN, Billboard, and Complex, her star is definitely on the rise. Most recently, she took to The Today Show stage to perform her new single, “Phase Me Out.” 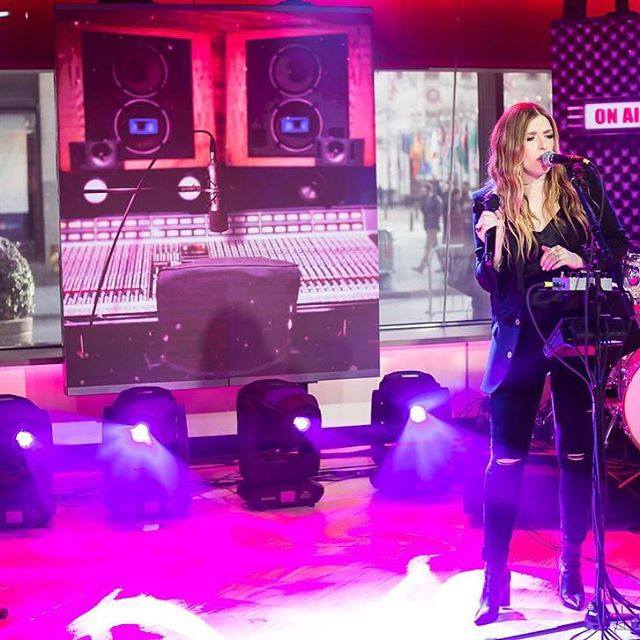 “It’s literally just one foot in front of the other,” she says, “and on a daily basis being like, ‘Alright, well, this is where I’m at today. This is what I’m doing. This is how I’m interacting. This is where we’re trying to push. And then recognizing that everyone’s human. Everybody’s dealing with their shit. I’m dealing with mine.”

“People have a tendency to glamorize things and get super pumped for things, and I understand that. But...it’s just much messier than it seems. [Embracing] the kind of messiness and insanity of everything that happens along the way is much better than just trying to stand up and be like, ‘I’m a fucking rock star.’”

AWAL is constantly helping independent artists like VÉRITÉ pursue their artistic visions their way. Learn more about AWAL's tools and services designed to propel artists' careers to the next level. 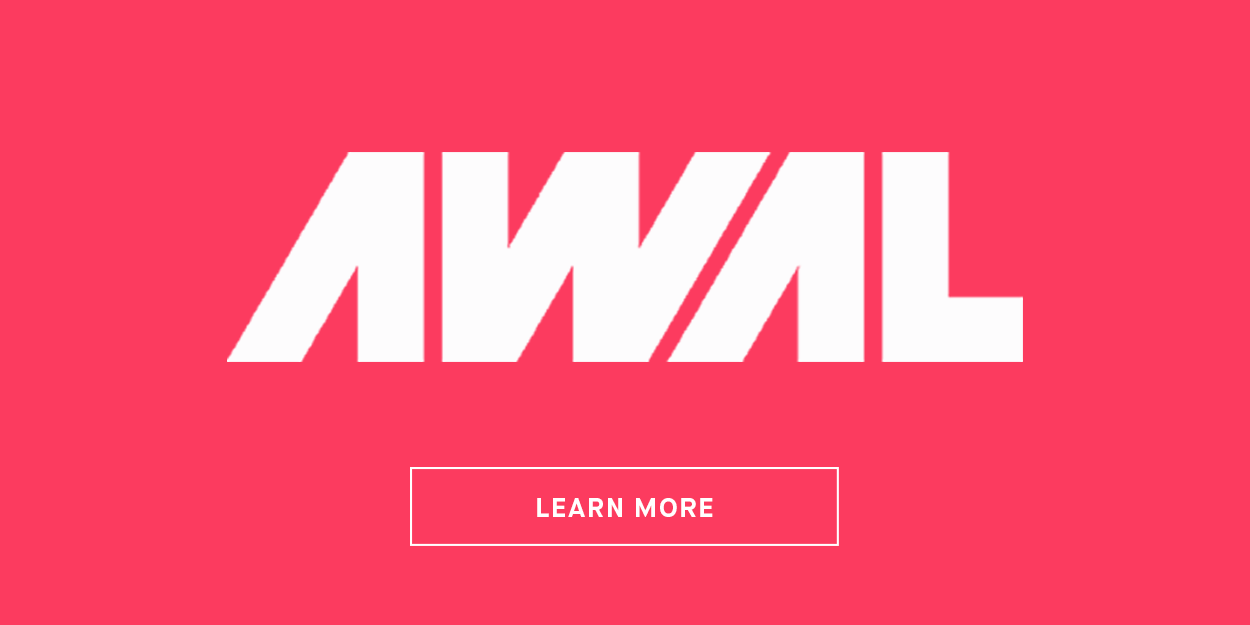